Vintage: Easter, originally uploaded by gill4kleuren.
Posted by sadie pink at 11:10 AM 0 comments

Oh boy...I almost hyperventilated when I heard about this! 2010! That's a long wait it seems. 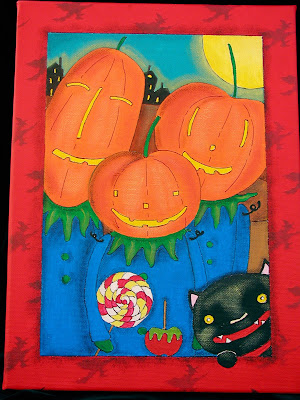 School shopping with my fourteen year old daughter means having to go into Abercrombie & Finch. Or as my 8 year old son calls it, Albert Conley & Fish. What is it with this store? It’s designed to drive older people out which doesn’t make sense to me since those are the people with the money. I hate this store just as much as my daughter loves it. The interior is so dimly lit that anyone with bad eyesight, such as myself, needs a seeing eye dog to get around.

The music is deafening. Heart pounding, annoyingly loud. Someone told me they knew they had gotten old when they went in that store and had to leave because the music was just to darn loud.

The last time I went there, I walked in and caught my breath. I couldn’t breath. I started to cough. “What the heck is that smell?”, I asked my daughter. “They sprintz their perfume in the air.” Spritz? Spritz? No, that is not a spritz. Either the salespeople are filling buckets up of the stuff and throwing it on the walls, or their distilling it in the back room and the vat just sprang a leak.

The shopping bags, have black and white photographs of a beautiful young girl and boy, both of which, by the expressions on their faces, look like an advertisement for anti-depressants. I can’t understand why they look so glum. If I was a size 0 I would be grinning from ear to ear.
Posted by sadie pink at 4:49 PM 3 comments 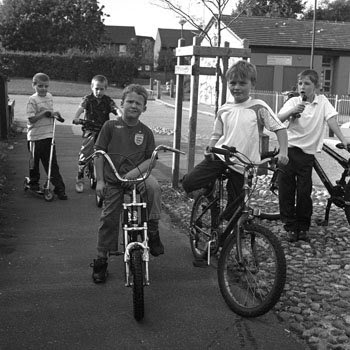 There was recently a woman who appeared on the Today Show because she let her 9 year old son come home alone from Macy’s in New York City to their apartment. I don’t remember where they lived but the boy had to take a train and a bus to get there. She said her son had asked her if he could do this and she felt he was ready. He had on him a train and bus schedule and some change to make a phone call. The mom went into Macy’s with him and walked out without him. She went home and waited for him. When he got off the bus in front of their home, he was very excited by his accomplishment. Well, she is now being dubbed the “The Worst Mother In America!” The Today Show had a “Child Expert” on to tell this woman that she had harmed her child.

Has the world become a more dangerous place or just a smaller one? When I was younger, would the story of a little girl kidnapped in Portugal make it on our nightly news? Was the world safer than or were we just not aware of danger. My mom recently commented on the world’s worst Mom. She couldn’t believe this women let her son come home alone on the subway. I was surprised. I told her that she use to let me come home on the subway when I was 9 everyday! Times were different she said.

My kids love to hear me tell stories of what I did during the summer when I was their age. Of course to them it was a really, really looooong time ago! I remember staying out all day in the Summer with all the neighborhood kids. My mom would throw an apple out the window for me to catch, just so I would eat something. What she didn’t know was that we were stealing blackberries from Mrs. Erickson’s backyard, and rhubard, and wild concord grapes that grew in a parking lot. There was stickball, lemonade stands, kickball, and walking to the corner store. We would play freeze tag under the streetlights, sing Jackson 5 songs on the stoop and chase after the ice cream truck. It was time to go in when our mom’s would flick the hallway light on and off. Today, most kids in the summer are in camp or summer rec programs. Which is a lot of fun. My own kids can attest to that.

Hopefully, we don’t scare our kids to much so they can enjoy a little freedom in their childhoods. So they can discover and learn and just enjoy being a kid. 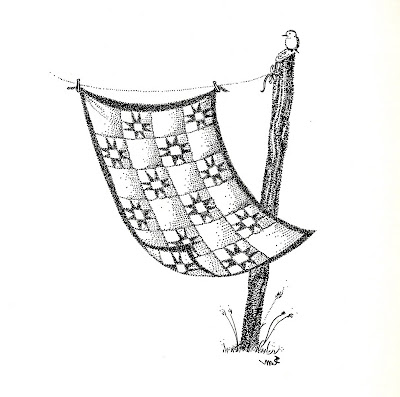 What a creative way to present ones' artwork. Cart Before The Horse is one of my FAVORITE artists!!!